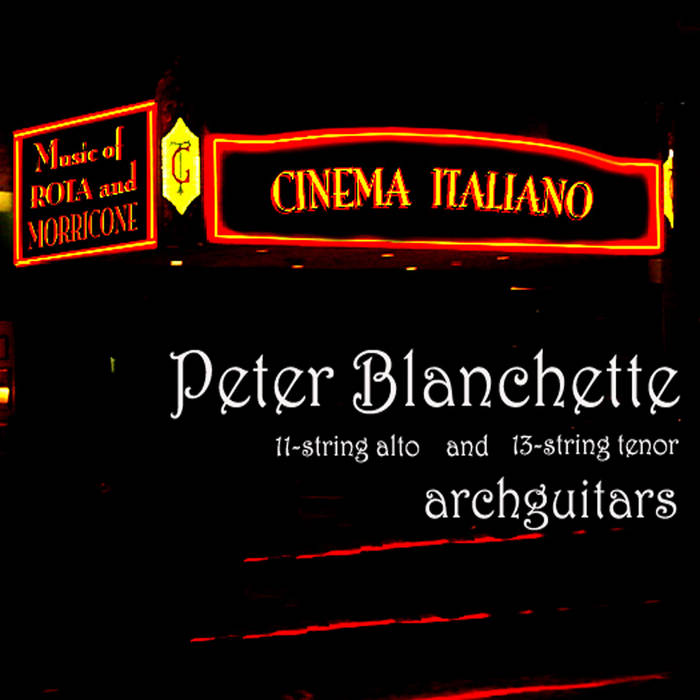 As a young man in the 1970's, Peter Blanchette discovered the great films of Federico Fellini and fell in love with the quirky, humorous and brilliant scores of Nino Rota. At the time, he did not realize that this composer was also the man who penned such cinematic masterpieces as the themes from The Godfather and Romeo and Juliet. Rota's music is as now as important to him as work of other commonly venerated classical composers.

Blanchette arranged the music on this recording, transcribing the parts by ear, from Rota's original, fantastic orchestral film scores. While the virtuosity of these wonderfully modern Italian jewels are reason enough to delight in them, the mood they create is as infectious as the films they accompanied.

The amazing synthesis of cliche and originality that Ennio Morricone's music created for Sergio Leone's Spaghetti Westerns also grace this collection. The vivid characters from films such as Once Upon a Time in the West and A Fistful of Dollars are given emotional depth with unforgettable themes. More than a few listeners have cried upon hearing our version of Amapola, from Leone's masterpiece film Once Upon a Time in America.

Even if you don't think you know these pieces, listen and you may find yourself instantly recognizing them! This is a great CD to put on during a dinner party for fellow Italophiles.