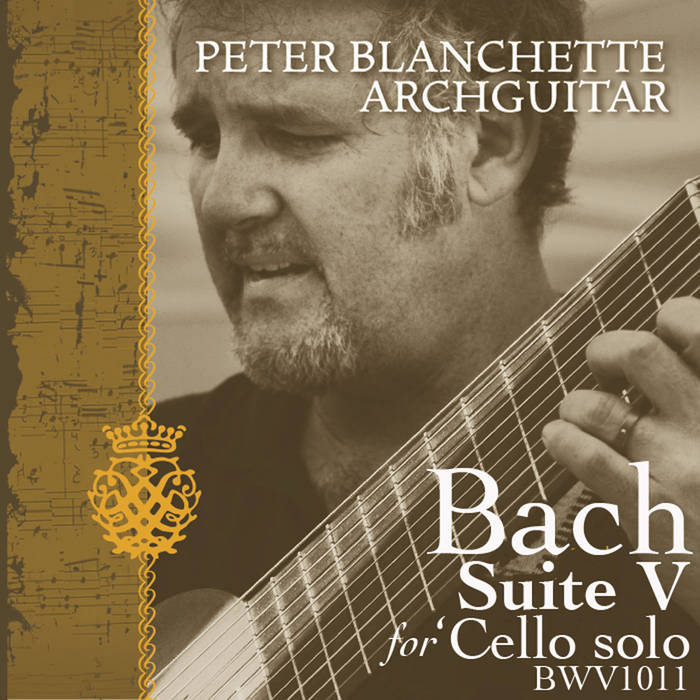 The Fifth Suite was also arranged during Bach's lifetime, for the baroque lute. Peter Blanchette's version for the 11-string archguitar draws on both the original, c-minor 'cello version and the later, g-minor lute version.